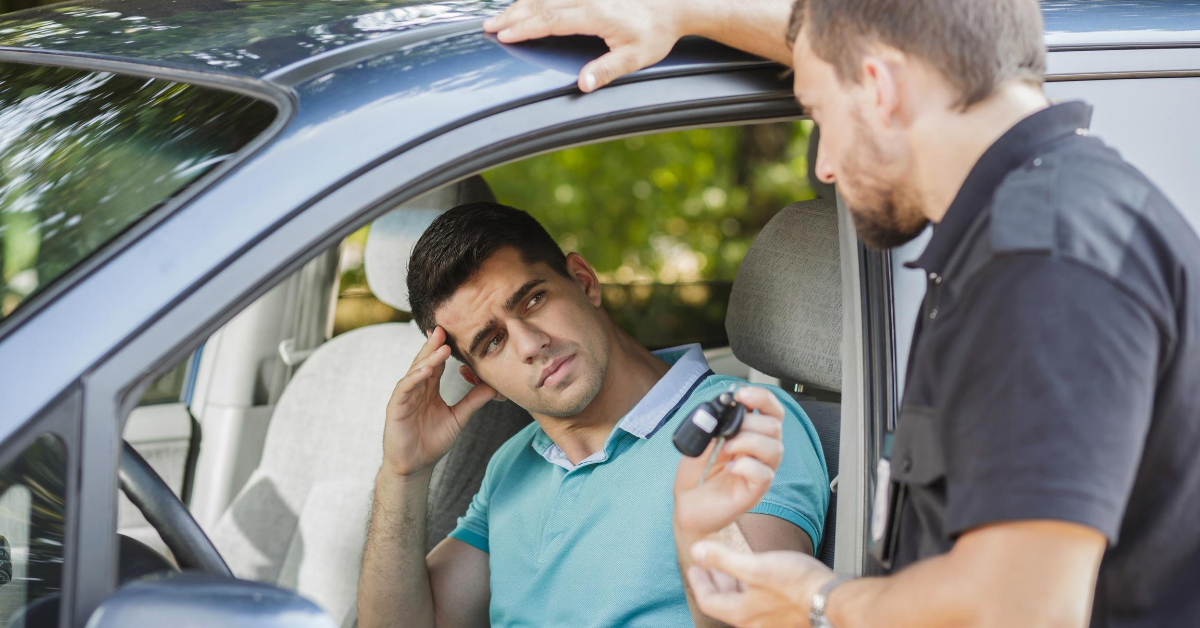 Being pulled over is no fun. And being pulled over for DUI is even less fun, whether you have been drinking or not. The police can pull you over if they think you are driving under the influence. If you swerve because you are distracted, the police do not know what is going on, and they are likely to pull you over. Or, you could have taken prescription medications that do not have a drowsiness warning or other warning, but they affected you anyway. Or, you could have had one drink, and the police pulled you over for another reason, but smell alcohol on you. Or, maybe you drank more than you should have and thought you were okay.

If you get pulled over for DUI, do not panic. If you take the following steps, and work with an experienced DUI attorney, you can get through the process.

Pulled Over for DUI? Be Calm and Polite

If you see the flashing red and blue lights in your rearview mirror, pull over as soon as it is safe enough to do so. Roll down the windows and turn the vehicle off. Place your hands on the steering wheel so the officer can see them. Keep in mind that some people the police stop are violent, so they will take every precaution. Turning off the ignition and putting your hands where the officer can see them shows the officer that you will not try something. Politely greet the officer or deputy.

Do Not Make Abrupt Movements

If the weapon and your registration and insurance documents are in the same location as the weapon, tell the officer and invite the officer to remove the weapon. Always let the officer know if the weapon is loaded and whether there is one in the chamber. Never reach for your weapon.

Do Not Admit to Anything

Police officers are trained to gather incriminating statements. If the police officer starts asking you questions about where you have been, where you’re going, if you had anything to drink, politely tell the officer that you are invoking your constitutional right to remain silent. The questions are designed to determine if the officer has probable cause to arrest you.

You should refuse to take any physical sobriety tests, such as putting your finger to your nose, the gaze nystagmus test, standing on one leg, and the walking and turning test. If you do not pass the tests, even if you are not drunk or high, the officer will testify against you in court. And, if you don’t follow the instructions to a ‘T,’ the officer could testify that you were drunk because you could not follow instructions.

However, if you are on probation for a prior DUI and one of the terms of your probation that you must take these tests, always follow the officer’s instruction so that you do not violate your probation.

If the officer still arrests you and, after your arrest, the officer asks you to take a breath or blood chemical test, you should agree to take the test. If the prosecutor convicts you of DUI, the sentence is often harsher if you refused the test after an arrest. Depending on what state you are in, the Department of Motor Vehicles could suspend your license for refusing to take a chemical test. Again, you can refuse before the police arrest you, but not after.

Avoid Getting into a DUI Situation

You can often avoid being pulled over for DUI if you do not drink and drive. If you know a legal prescription or over-the-counter medication affects you, do not drive after taking the medication unless it’s an emergency.

If you do get pulled over for DUI and the officer arrests you, keep in mind that anything you say can be used against you. The police car could have recording devices, so do not say anything in the vehicle, either.

At any point in time during your reaction with the officer, you can ask to speak with your attorney. If you ask for your attorney and the officer continues asking you questions, you do not have an obligation to respond, even to say you are invoking your constitutional right to remain silent. However, you can politely remind the officer that you are invoking your constitutional right and you want to speak to a DUI attorney before saying anything.