Researchers have recently discovered that adult bike crashes cost more than $24 billion per year in medical and health costs in the United States. And the costs are only going up. 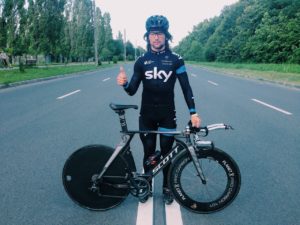 That $24 billion figure is roughly twice that of medical and indirect costs of workplace injuries, according to study authors Dr. Benjamin Breyer and Dr. Timothy Gaither, from the University of California, San Francisco.

The study authors, who analyzed data of fatal and nonfatal crashes during the period of 1999 to 2013, revealed even more sobering facts:

“What that shows is the need for improved bicycle safety measures,” said James Johnson, ESQ, founder and head attorney for Johnson Attorneys Group.  “It comes as no surprise that when there’s an accident between a vehicle and a bicyclist, it will most likely be the bicyclist who is injured.”

Here is the most recent data:

But in the meantime, there are things that can be done to reduce the statistical dangers of cycling.

Bikers and drivers each have their own responsibilities to fulfill in the nationwide effort to reduce the cost of bicycle accidents.

Remember, crashes aren’t the only cause of accidents. If someone is driving recklessly, if you see a driver who seems to be paying more attention to the phone than the road or if you get a sense of a “road rage” incident, bike away from them as soon as you possibly can.

Alternatively, if you see someone biking provocative as if to pick a fight, don’t give in and just drive away from them quickly.

“Following these precautions will allow you to reduce your statistical chance of getting into a bicycle accident,” said Johnson, “ But if you are involved in an accident, it is important to know that people are out there waiting to help you.”